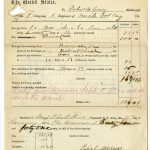 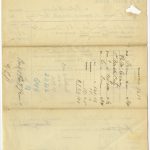 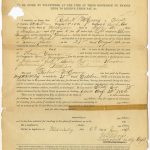 CERTIFICATE TO BE GIVEN TO VOLUNTEERS AT THE TIME OF THEIR DISCHARGE TO ENABLE THEM TO RECEIVE THEIR PAY, &c.